The frame drum or ‘Tof Miriam (also called “timbrel”), originated in the ancient Middle East more than three thousand years ago. Miriam, sister of Aaron and Moses, was the archetype of the female prophet.

TOF MIRIAM DRUMMING and dancing was the climactic moment of the first Passover, celebrating the crossing of the Sea of Reeds and the escape of the Israelites from Pharaoh and his chariots.

Playing the Tof Miriam drum occured in  religious and spiritual rituals, and also special events such as weddings, and welcoming and bidding farewell to the Sabbath.  This culture vanished almost completely from the Jewish culture since the destruction of the second Holy Temple in Jerusalem in 70 AD by the Roman emperor Titus Flavius.

It is prophesied that at the time of the coming of the Messiah, Miriam will once again dance and drum before the righteous. We don’t have to wait until then!  Marla Leigh Goldstein,  (who’s Hebrew name at birth was “Miriam”),  a world-renowned specialist in the Tof Miriam and one of two Jewish specialists in the world for this instrument – will create a unforgettable educational and fun program designed especially for YOUR Synagogue or Jewish institution. 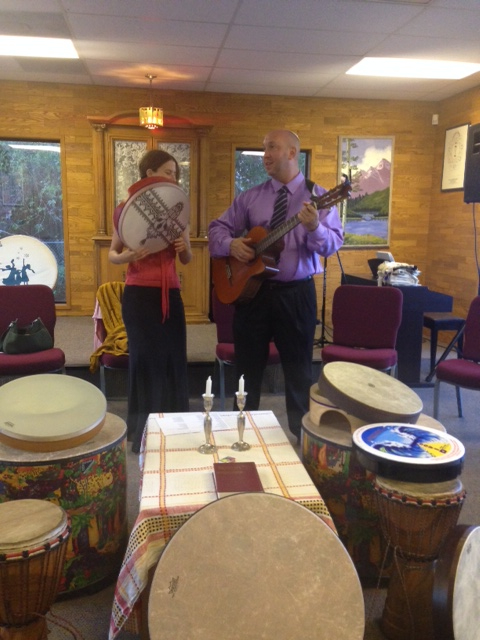