With her background and dedication, Marla is well positioned to make a significant contribution to world music in general and hand drumming in particular.”

The frame drum originated in India and the ancient Middle East more than three thousand years ago, and reached medieval Europe through Islamic culture. Today, frame drums can be found in almost every culture in the world, and are being used in classical and contemporary music, including jazz, rock and chamber ensembles. 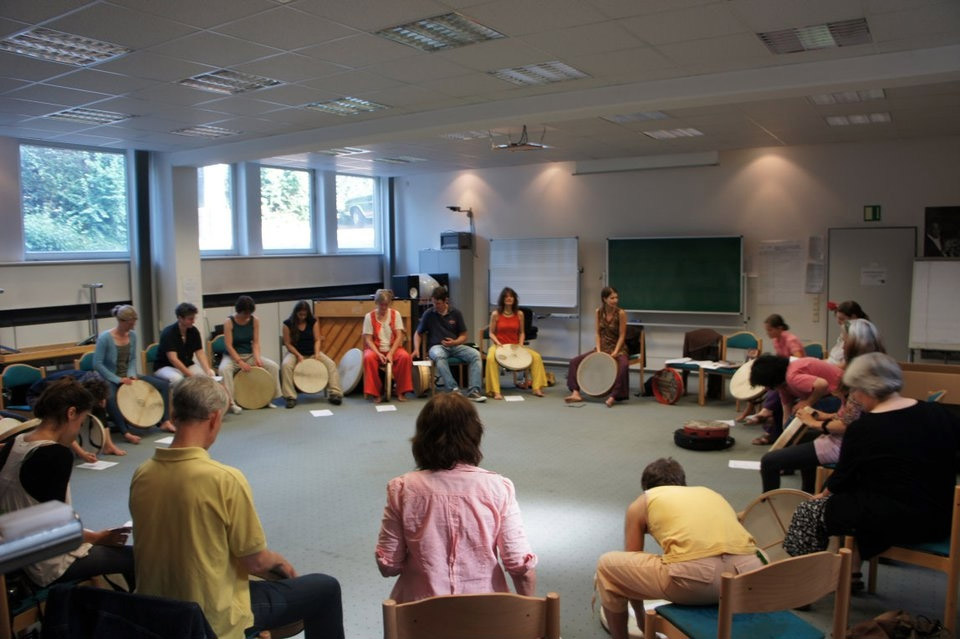 In these Comprehensive Clinics, students will learn:

Marla’s one-day intensive workshops can be tailored to students’ levels and specific areas of interest.
She provides handouts, including notated compositions and etudes, which are invaluable resources.
She may also provide a composition before hand, so students can learn how to read music written for hand percussion.

Workshops can be scheduled to include a solo concert – TakaPaPaPa – Art of Frame Drumming (see below), in which Marla demonstrates the sounds and styles of the many varied and fascinating types of frame drums. 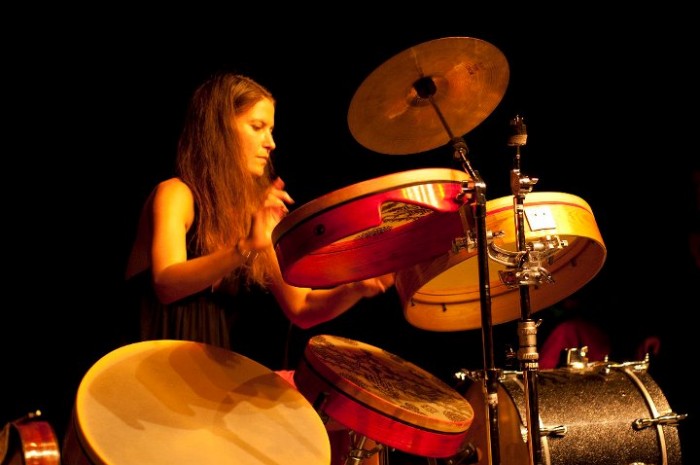 The Art of Frame Drumming ~ Concert

In this special solo concert, Marla demonstrates the various frame drums, flutes, and ambient electronics. Using a looping pedal, she layers different rhythms, creating rich textures and polyrhythms. Some audience participation is included, where they learn about Solkattu and body percussion.

This is an educational, engaging and fun musical performance.

Marla’s signature residency program range from two days to a week — are designed for serious percussion students who wish to enhance and deepen their understanding and skills in improvisation, soloing, composing and performance.

The Residency Programs cover all the material described in the One-Day Intensives, PLUS: 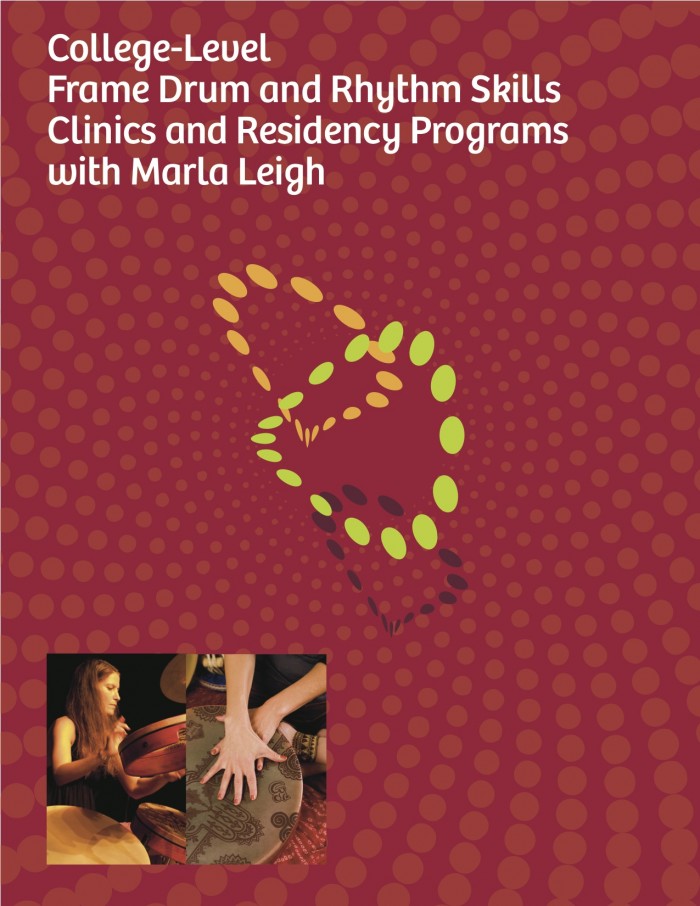 MARLA HAS TAUGHT MASTER CLASSES AT:

MARLA HAS COMMISSIONED COMPOSITIONS FOR: