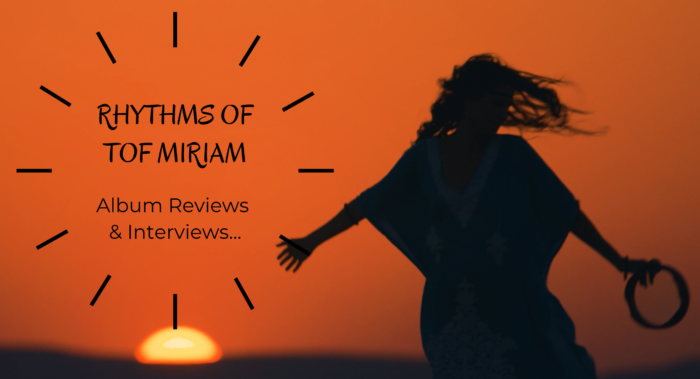 🎵 Gather a cup of your favorite, and  READ THE FULL collection
of Interviews and Reviews this album,
<< HERE >>

Prominent in the annals of female frame drummers is the image of Miriam the prophetess, beating her drum at the splitting of the Red Sea during the Israelites’ Exodus from Egypt.

The album brought together acclaimed oud master Yair Dalal, Meira Segal on the ney, Ori Werner playing the kamancheh, Shahar Kaufman on the mondol, Leat Sabbah on the cello, Oren Tsor playing violin and viola and Gavriel Fiske on the frame drum.  The songs were composed, arranged and produced by Goldstein, with co-production and engineering by Shahar Kaufman at OnyxStudio in the northern town of Rosh Pina.

The album revolves around the frame drum, the traditional drum played by women in ancient Mediterranean cultures, and often used to put people into altered states of consciousness. Inspired by that tradition, Goldstein composed many of the songs in longer time-cycles, allowing for extended listening and, sometimes, drifting into such altered states.

According to Goldstein, when a listener hears repeated rhythms they are brought into a trance-like “theta” state of consciousness (the state that is best for meditation and yoga), as well as an increase in dopamine, popularly seen as natural chemical of pleasure.

That could be of use right now during the coronavirus, said Goldstein, in helping listeners relax, heal and free themselves. 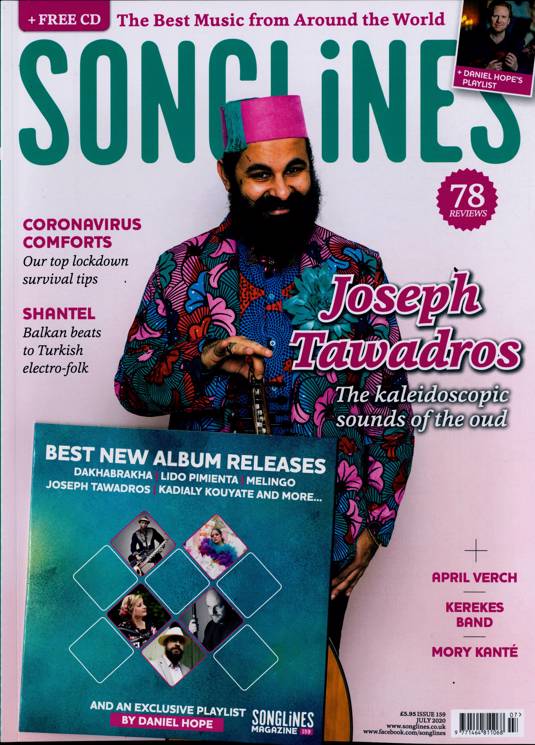 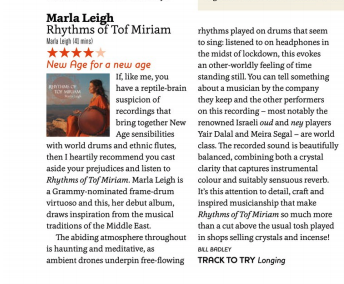 ” The proficiency of percussionist Marla Leigh is due in large measure to her having been mentored by another master percussionist, John Bergamo, and inspired by Layne Redmond, who, like Leigh, helped keep the ancient tradition of female frame drummers alive in modern times. Rhythms of Tof Miriam (Marla Leigh, 2020) is dedicated to Bergamo and Redmond, who both passed away in 2013, but gets its title from the Biblical prophetess who harnessed the spiritual power of the drum.

Although it’s the serpentine pulses of Leigh’s frame drums that set the tracks in motion, they’re joined at various times by oud, ney, mandol, kamanche and Leigh’s own flute, setting in place musical conversations that sound rooted in centuries past and sturdily evocative enough to endure for centuries to come. It’s labeled as “Music to inspire, awaken and empower” as well as “Music for movement, meditation and healing.” Upon hearing it, you’d be hard-pressed to argue with either contention.

Where many percussion-based albums get their strength from the primal power of the drum, this one takes cues from the quieter side of the sonic picture but is every bit as powerful in its own right. Interestingly, there’s a bonus track that’s all strings and no percussion and doesn’t break the spell one bit.

This is Leigh’s debut album, and it’s a beauty.”

For over twenty-five years Marla Leigh Goldstein has been a proponent of the frame drum in the world music community, and she brings to us, from the land of Israel, her superb debut album The Rhythms of Tof Miriam, released on May 15th. The title track, seen above, is available as a music video on YouTube, so make sure to whet your musical appetite with the resonant frame drum beats of Marla Leigh, accompanied by the highest order of musicianship of the ensemble (oud, mandol, ney, kamancheh, and cello), before delving into the full album, available on a variety of musical platforms, including Bandcamp, Spotify, and Apple Music.

Marla Leigh is a seasoned musician, yet on her second ever trip to Israel she also made her first album. The title track Rhythms of Tof Miriam was meant to be a standalone single, recorded at Onyx Studios in Rosh Pina, Israel. The music video, shot in the Negev by Israeli cinematographer Noam Chojnowski, was Marla Leigh’s impetus for arriving at Israel’s desert lands, retracing ancient musical contours in the same geographies that were home to Miriam the Prophetess. The full album came about due to undeniable force of musical will by the ensemble. Meira Segal’s ney flute melodic arrangements of Marla’s tunes were too enticing to pass up.

Marla Leigh, an accomplished pianist and flautist, is credited as composer, yet the album’s intricate and distinct Mideast and Levant influences are all to do with the collaborative efforts between Marla Leigh and the renowned Israeli artists that form the ensemble: renowned Israeli oud player and composer Yair Dalal, Meira Segal (ney), Ori Werner (kamancheh), Shahar Kaufman (mandol), Leat Sabbah (cello), Oren Tsor (violin & viola) and Gavriel Fiske (frame drum).

Their musical conversation is engrossing, and it is easy to imagine how inviting it was for Marla Leigh to give her music away to these captivating musicians, and entrust her compositions in their care, and to interpretive powers. It is safe to say that Rhythms of Tof Miriam is a full-bodied musical work that deserves listeners’ undivided attention. Devotees of world and sacred musics will find the sounds of the  frame drum, oud, mandol, ney, by the experts hands of the ensemble to be a sonorous accompaniment homeward. 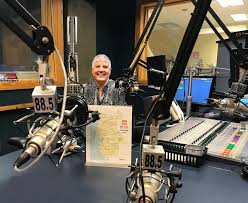 In our seventh program prerecorded from our home studios as all but a handful of WMNF staff are able to enter the station during Florida’s Stay-At-Home Executive Order, we will celebrate women on this Mothers Day. You’ll meet Marla Leigh Goldstein — internationally recognized frame drummer — as our guest for a discussion of the inspiration and the process behind her new CD. It is officially being released this Friday, May 15th, and we’ll share several selections from this distinctive CD that was made in Israel almost entirely with ancient percussion, string, and wind instruments.

The spectacular video for the title song, Rhythms of Tof Miriam, along with the entire recording, were produced in Israel late last year. The video is approaching nearly 6,000 views in only one week since its premiere on May 1st.

Check it out for a sneak peak of Marla’s music at https://www.youtube.com/watch?v=Cf6KM7UY8Zw.

HOW DID YOU ENJOY THE ALBUM?
SHARE YOUR THOUGHTS BELOW

Id LOVE to know how you enjoyed the album!
How did the music make you feel?
What was your favorite track?

I will be reading ALL your comments!
Thank you so much for your support!