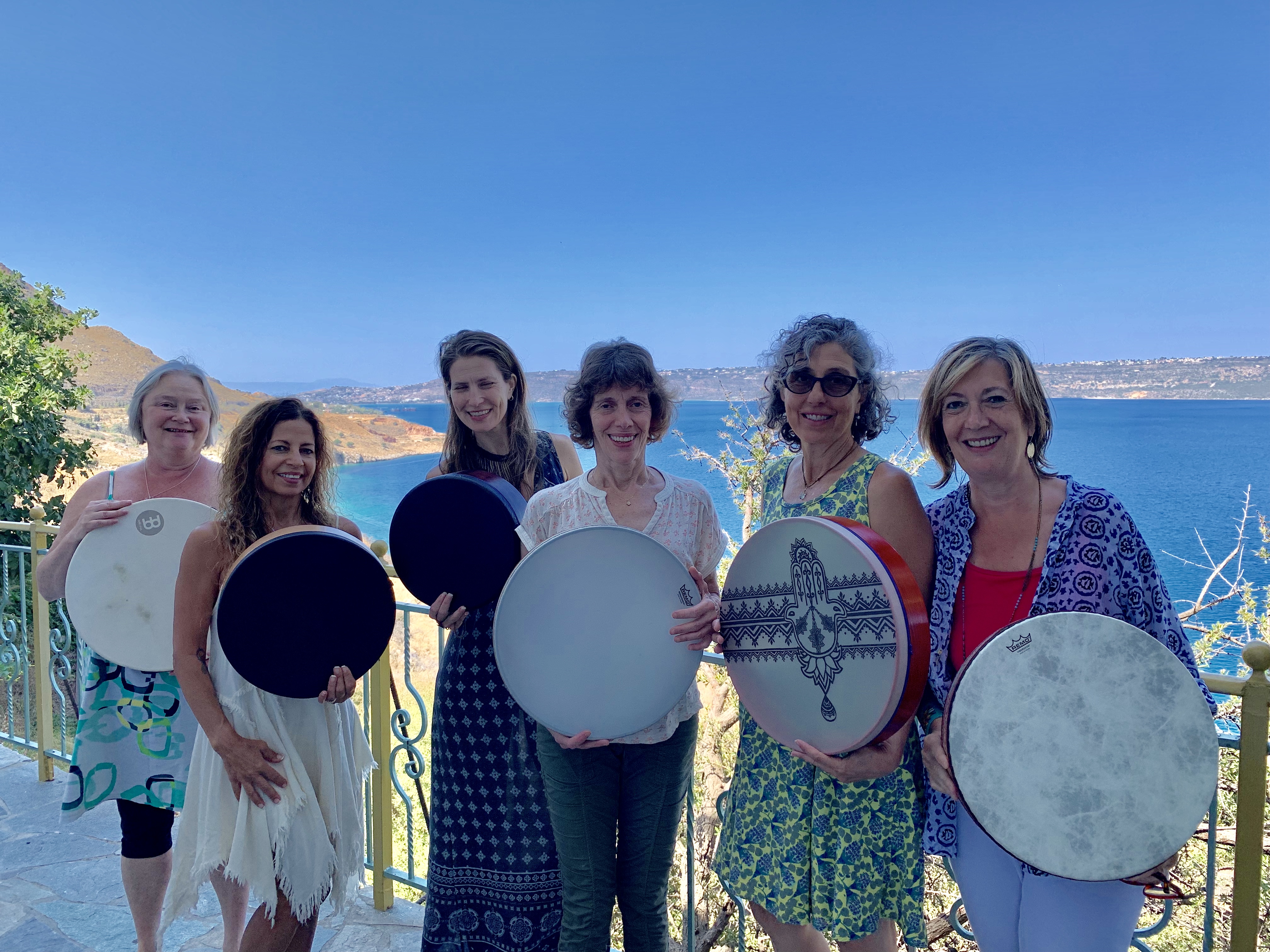 ★ ABOUT THE WORKSHOP★
Are you ready to take your Framedrum playing to the next level?
April and Marla’s 50 years of combined experience – thousands of dollars of travel, training, and learning the hard way… condensed for you in 6 hours — a value totaling in the 5 digits — for only $165!
Join Marla and April TODAY and learn decades of hard-earned tips and tricks in just one day, and go from ‘just dabbling’ to mastery.
Intermediate concepts include:
polyrhythms, brushes, snaps rolls… And the list goes on.
★Please have at least six months of frame drum playing experience.
★ Drums are not be provided.
:::
POTLUCK:
Nothing better than ending an immersion with food!
Please bring a dish to share as the emotional end with a potluck.

ABOUT THE INSTRUCTORS
★MARLA LEIGH :
Marla is a Grammy-nominated Percussionist, Flautist, Composer and Educator. She is an internationally recognized teacher and performer, who has presented throughout the USA, Canada and Europe.
Marla carries the gift of being an inspiring and energetic educator, and soulful, charismatic performer and teacher, and has traveled the world sharing her passion of music!
Marla loves teaching, and is CEO of “Frame Drum Academy Online“, (http:/www.marlaleigh.com/framedrumacademy) an online resource for learning frame drumming! She passionately believes in the power of music to help transform consciousness. She is currently working on her debut CD!
www.marlaleigh.com
www.marlaleigh.com/framedrumacademy
★APRIL CENTRONE:
April is a multi-instrumentalist, teacher and music therapist based in New York City. She is the co-founder and lead percussionist of the New York Arabic Orchestra, non-profit organization specializing in the performance and education of Arabic music and the preservation of Arab culture and heritage.
She has toured with Arab icons including Ziad Rahbani, Bassam Saba and Marcel Khalife, has performed in venues such as Carnegie Hall and Lincoln Center and has toured throughout Europe, the Americas, Middle East and Far East. She has held lectures at universities around the world including Taipei University of the Arts and Lebanese American University, and in public schools throughout New York City with project such as Yo-Yo Ma’s Silk Road Connect.
In 2018, U.S. Embassy of Malaysia invited Centrone on a ‘Music Therapy Tour’ where she visited Rohingya refugee youth centers and safe houses for young Malaysian women in Kuala Lumpur, Ipoh and Penang. During her residence in Lebanon from 2013 to 2016, she founded project Juthoor, Arabic music and language project for refugee and underprivileged youth. Centrone holds weekly classes for women in percussion, ‘ud performance and drum meditation, and strongly advocates female empowerment in her teaching and compositions.
Centrone recently recorded her debut solo album entitled New Moon released Spring 2018, featuring her on drumset, riqq (Arabic tambourine), bendir (North African frame drum), ‘ud (Arabic lute), buzuq (Arabic long-neck lute), guitar, piano, voice and poetry. Centrone carries a Masters degree in Forensic Psychology from John Jay College, New York City.
www.aprildrums.com
Facebook Comments